Search
Home
Men and Underwear
Mens underwear brand Bum-Chums is working hard on their new Spring Summer 2015 collection and they shared with us a “sneaky preview” of what the new designs will look like. The British designed and made brand will soon be launching an entirely new collection made with a mixture of fibers including a hi-tech fabric called Tactel®, originally developed by scientists to provide both aesthetic and performance oriented benefits.
Tactel® is a new but somewhat of a growing fabric within the underwear industry and offers a fitted and soft feel with the added benefits of advanced fiber technology. Similar to other moisture-wicking fabrics like Tencel and Coomax, it’s breathable, holds shape, dries faster than cotton and retains colour. Bum Chums is usually an early adopter of new fabrics and in the past was one of the first brands to start using Supplex®.
As well as the use of fabrics, Bum-Chums also announces improvements to their new regular fit garments, their brief and Hipster, using thicker leg binding and the new line sees the introduction of contrasting top-binding.
The sketches released (see below) show the detail and thought that goes into making every pair of bum-chums, from the attention to the fit and comfort as well as the choice of colours and defining lines, annotated with pointers they take into consideration at the design and development stage.

“The new collection keeps the lines simple but introduces striking colour accents” says Design & Development Director, Craig Hendry. “We decided to go for a bold design with chunky waist elastic and leg binding. We wanted to give the world something bold and comfortable but also something to represent good value when you put them on.”

In addition to their improved Hipster, Brief and Jock, bum-chums show in one of the sketches a new design, which is an amalgamation of a brief and jock. We can’t wait to see what the final products will look like!
Bum-Chums launch the new ranges in March 2015 in what could only be described as their usual quirky style… Stay tuned! 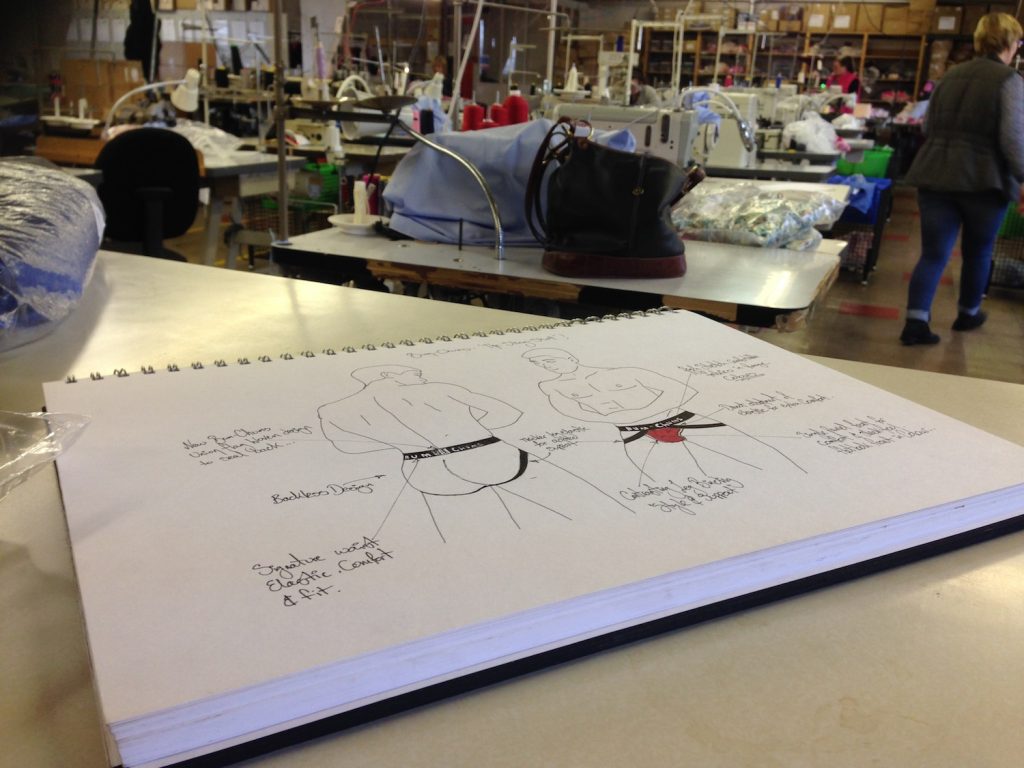 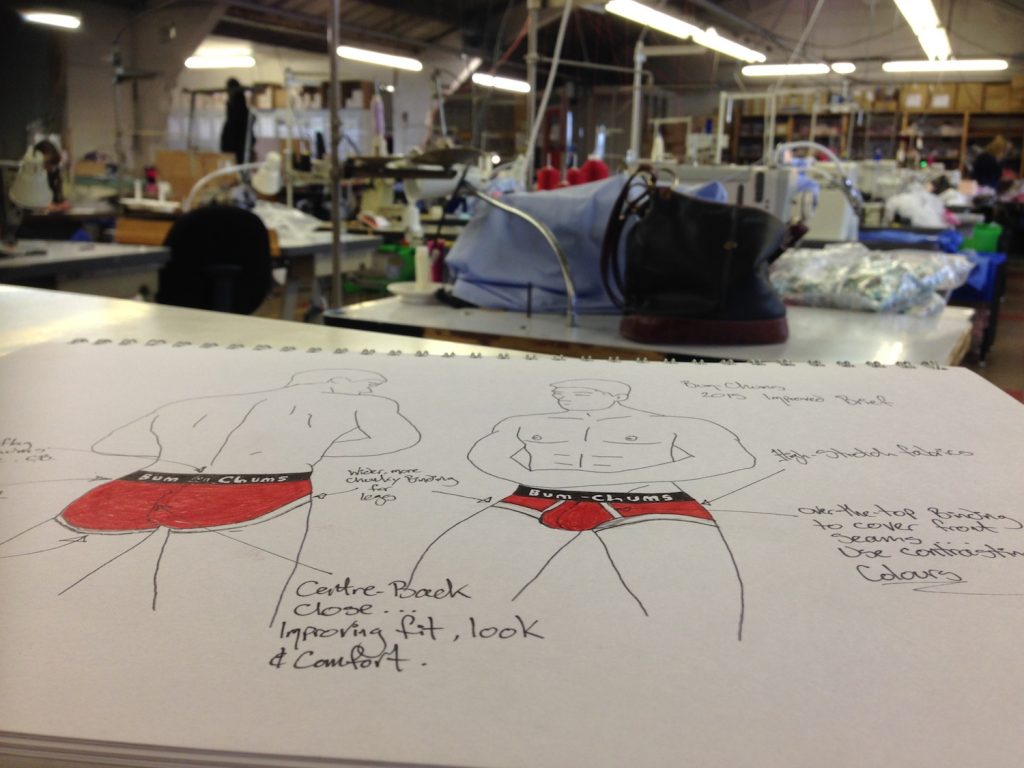