The Spring 2015 campaign “Believe it” of Calvin Klein has just started, gradually, being released. After big names such as Mark Wahlberg and Alexander Skarsgard is the turn of Justin Bieber to become the new face of the leading fashion brand. The image you see below was published just a while ago on the official Facebook Page of the brand and there will be many more to follow along with the new advertising campaign for Calvin Klein underwear. The super stars, Justin Bieber and Lara Stone, seem to blend very well together giving us a classy and sexy campaign, as always in the black and white, classic style of CK adverts. This is what Bieber stated about his participation in the campaign:

“Calvin Klein is such an iconic brand and I am excited and honored to become a part of the Calvin Klein brand legacy with this campaign. I have been a longtime fan of the brand and have worn their jeans and underwear for a while, so this is kind of a dream come true,” said Bieber. “This is the beginning of an exciting new year for me, personally and professionally, and being a part of this campaign has been a fantastic opportunity and experience.”

The brand has also released, just a few hours ago, the official video from their underwear campaign which you can watch below. In a dominant position, the newly introduced hashtag #mycalvins which you can all use to show your own Calvins on your social media accounts.
Enjoy and stay tuned for more! 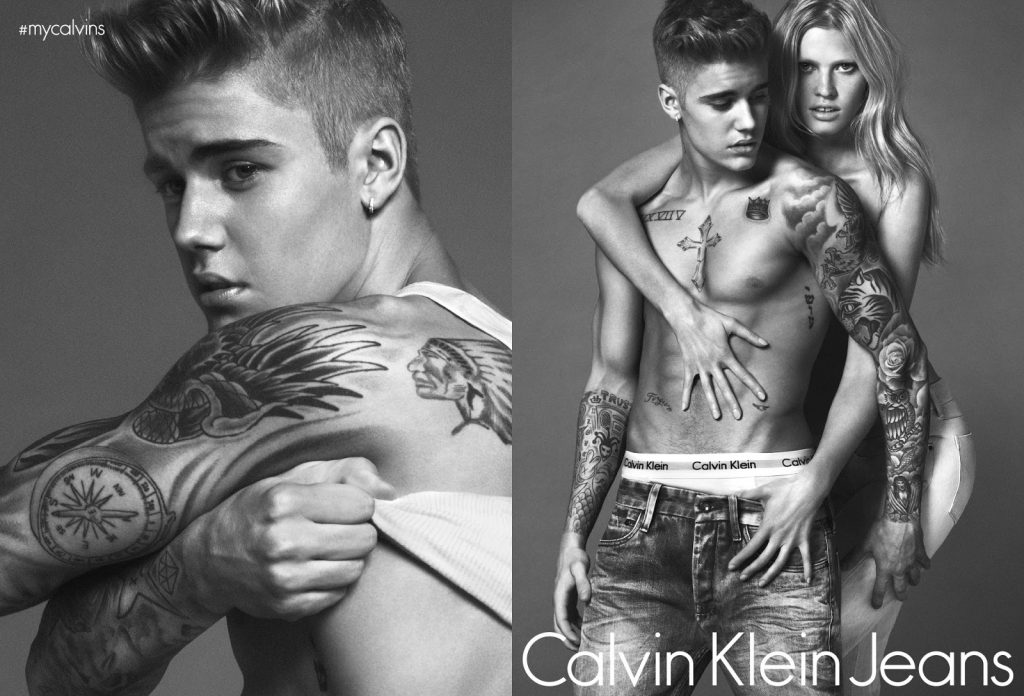